Krzysztof Łuczak has assumed the position of Managing Director of Cloud Services.

Krzysztof Łuczak replaced in the post of CEO Wojciech Murawski who moved to the Company’s Supervisory Board and became a member of the Blue Media Management Board. The decision to change the management board of Cloud Services stems from the natural development of the company and the entire Blue Media group from which the company originates.

"My goal as Managing Director is to continue the international expansion of the company and to develop new services and products offered by Cloud Services. One of the main pillars of the company's further growth is the penetration of international markets, initiated by the signing of the first agreements with Bank of Africa” Krzysztof Łuczak says.

Krzysztof Łuczak joined Cloud Services in August 2021 as a member of the company’s board of directors and its managing director since October. In the years 2016-2021 he worked at the international corporation Atos, including for 2.5 years he was chairman of the board of directors in Atos companies in Poland. Previously, he worked at IBM for 12 years, performing a number of leading roles in Central and Eastern Europe, the Middle East and Africa in departments such as Global Business Services, Business Partner Organization, and Software Group. In his career he also served as Director of Management Consulting at PricewaterhouseCoopers and PwC Consulting.

Since 2020, Cloud Services (formerly Blue Services) has been expanding rapidly. In 2021, the company established a partnership with the Bank of Africa Group. The result is an innovative sales platform combined with credit services created by shops and regional branches of the bank in 18 African countries. In addition to expanding abroad, the company progressively offers its it solutions to new industries (not just financial and insurance) and develops proprietary products, such as an affiliate platform supporting advertising in the digital channel. 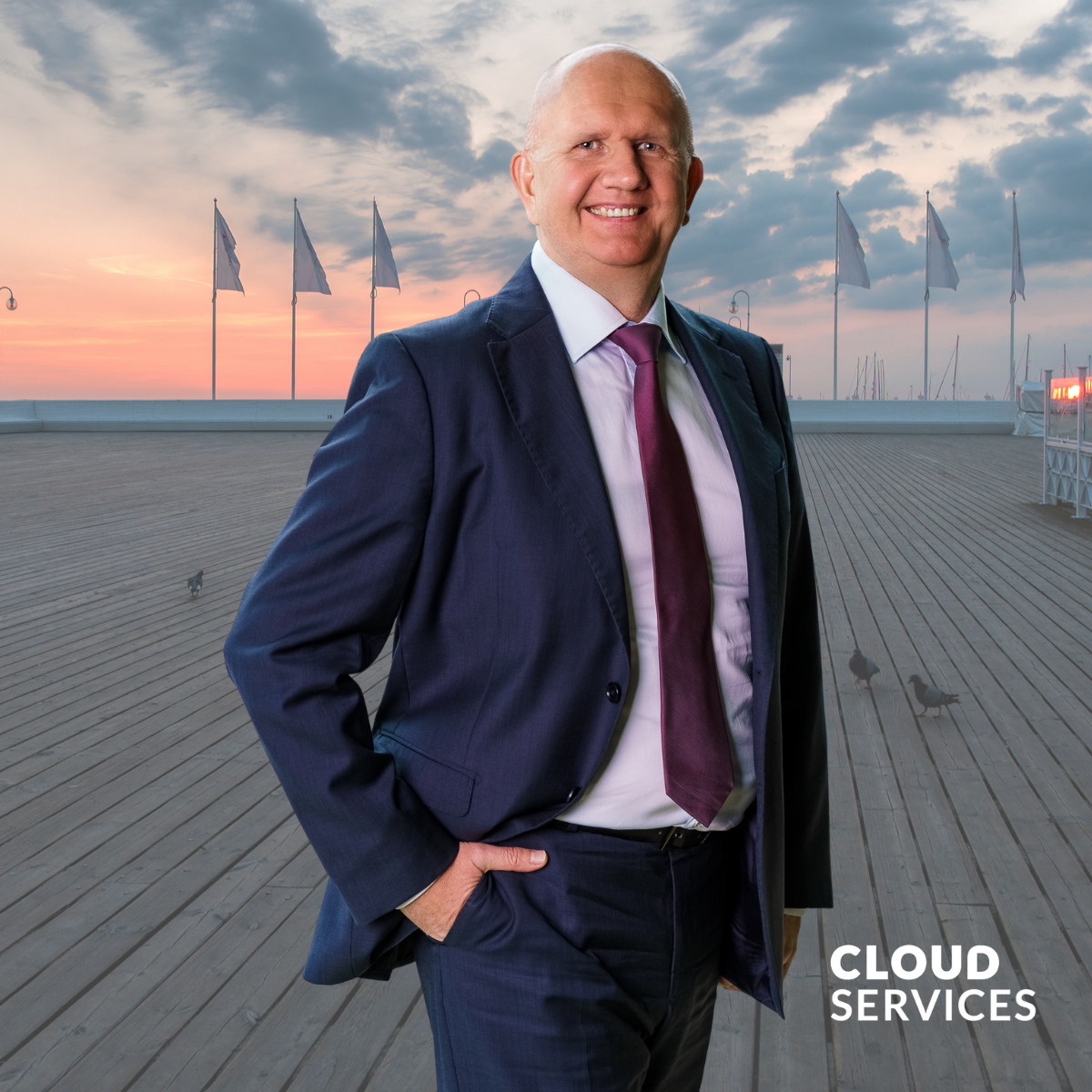